Greetings from Jerry and Holly!

Here are a few updates:

I. – Men’s Gathering in Texas

Jerry was recently invited to speak in San Antonio , Texas by General Tex Brown. Tex is an old friend from Washington. He was in a group Jerry taught there for some years.

Tex would take Jerry to the Pentagon and they would have some tremendous sessions with other generals. they would meet as brothers and friends . These gatherings were what Jerry calls ‘ Stump the Rabbi” sessions.

No certain topic. Just meet in the Spirit of Christ and discuss how we could all walk with Christ and others closer.

Among the profound truths they discussed and prayed over there was also riotous laughter as the discussion would trail off into a southern joke or football story!

OK, back to San Antonio. General Brown retired there a few years ago and said he was thinking about some of our adventures in Christ back in DC. He decided the Lord wanted him to start something for men. Something even men who would not be inclined to go to church would enjoy attending.

So Tex decided to start up a men’s gathering at a large Beer Garden in San Antonio ! The gathering is simply called “Round Up”.

Our son Josh and Jerry drove down to San Antonio to hang out with Tex for the day.

130 men showed up! Cowboy hats and whatever. Tex told Jerry to just get up on the stage and take 45 minutes. “Make em laugh and tell em about Christ.

The perfect event for Jerry! At the end they started clapping and cheering.
Even a couple of Yee-Hahs!

After the talk all kinds of men came up to talk. Some wanted prayer right then and there.

One of the men Jerry met was Charlie Duke. He was the Lunar Module pilot for Apollo 16. Charlie was the 10th man to walk on the moon.

Cowboys, businessmen, athletes , military, sons, fathers ……..to moonwalkers, Christ speaks to us all no matter who we are.
How great is that?!!

Emma Bickhart is the daughter of Rob and Babs Bickhart who are very dear and long time friends of the Leachman’s. Emma was wed to Josh Reed in Philadelphia. It was a large wedding in a 150 year old stone church. Jerry was the co-officiant.

Jerry and Holly had Emma come to Colorado for pre-marital counseling with Josh. Here is the twist. Josh is a West Point graduate and an Airborne Ranger who is deployed overseas. We did the counseling for two hours with Josh on facetime! Truly a first.

Jerry gave the homily during the wedding service. His goal was to lift up Christ. The scriptures say the if Christ be lifted up He would draw people to Himself. Jerry calls this “putting Christ on the scoreboard”.

Think about it. If all married persons simply followed the way of the Cross in love and humility, how much better would their lives and marriages be? A lot! (It’s not rocket science.)

The theme of the homily was this: 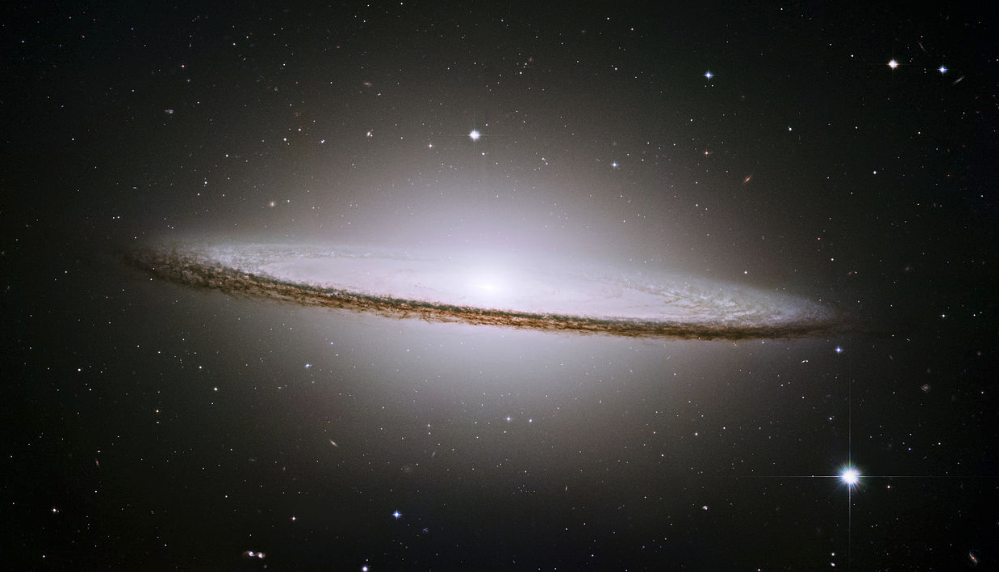 The famous Sombrero galaxy (M104) is a bright nearby elliptical galaxy.

In the Gospel of John 1:3 it says that Jesus was the agent of God the Father use to create the universe. When we take on Christ and evoke His name we need to remember whom it is we are dealing with. The creator of the universe!

Through the Hubble telescope many have increased their understanding of just how vast and awesome this creation actually is.

Take the Sombrero Galaxy. It is a magnificent work of beauty. It is approximately 30 MILLION light years from the earth. A light year is how far light can travel at the speed of 186,282 miles per second in one year.

Now, here it is. Astronomers all over the world patched into the Hubble all agree.
They now know there are at least billions of more galaxies!

On a much smaller scale, let’s look at the Voyager 1 Spacecraft.

Jerry you’re making us feel small. No, I’m not. We are small!

JESUS CHRIST made all of this! Next time you pray in JESUS name, this is whom your praying to !!!

Then a glance at the bride and groom, ”Stay close to Christ. He’s got your back.”

He is God all by Himself.

III. On the Scoreboard

I had a heart attack 3 years ago. My medical report from the Hospital read that I died from what is known as Sudden Death. They brought me back to physical life. I say physical because wherever I was I had no break in consciousness.

I was in a spiritual state that I cannot actually describe. But one thing I sensed overwhelmingly was that I was in the presence of absolute truth.

One of the things I was seared with was that people cannot get this part wrong. I was completely alone, except from the presence of Christ. Thank God! I had Christ!

Since my recovery I seem to talk to someone almost everyday about Jesus.

I am not fearful. I mean I died and came back. Whatdoya got!!?

I had a very important nuclear stress test for my heart in Colorado Springs a few weeks ago. I gave my testimony three times! To the doctors running the stress test, to the specialist doing my scans and to the folks in the waiting room. Hey, it’s a hospital! I was spot – on topic.

I find Christ is on topic wherever we take him. I was buying some golf balls for an outing with our son Josh the lady at the cashier deal ask me if anybody was helping me.

I said, “ The Lord Jesus Christ is helping me. Who’s helping you?”

She just cracked up way loud and yelled, “Amen!” 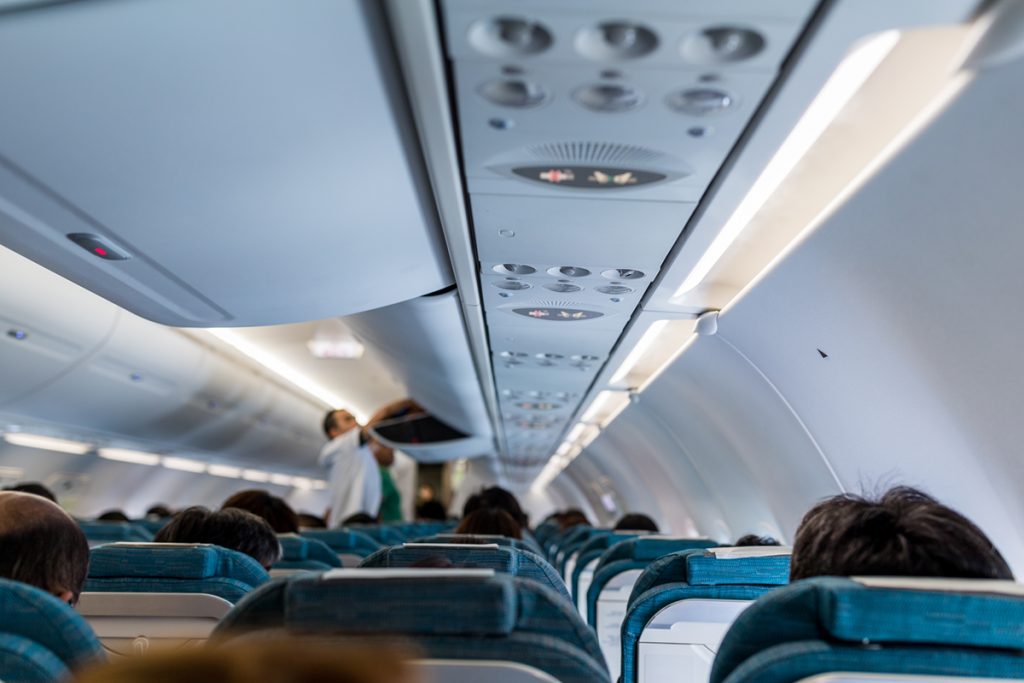 On this flight I began to engage in conversation with a young soldier in line boarding the plane. He was a total stud. In the Army 20 years and deployed most of the time.

As everyone took their seats the flight attendant kept swapping folks around. It was like Chinese checkers. After about 3 moves the soldier end up by me. He is on the isle , I”m in the middle, and Holly is on the window. 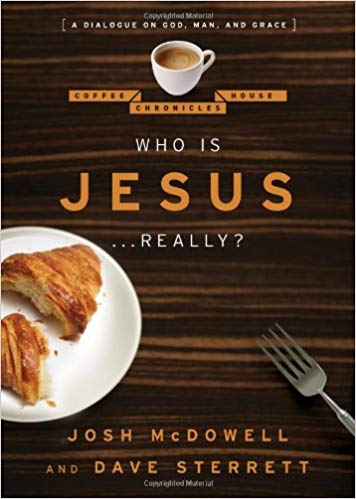 As we flew I began to read a book about who Jesus really is. I kept wondering if I should put Christ on the scoreboard with the soldier.

I prayed about it. The Lord’s Spirit prompted me, “Wait.”

So I kept reading. In three minutes the soldier tapped me on the arm and said ,”What’s up with that book?”

The Lord’s Spirit prompted me, “ Now.”

I said to him this book is a book full of evidence that Jesus is exactly who he said He was.

He said, “I believe in Christ , but I also believe that there is some truth in other religions.”

I said, “You are correct. There is some truth in different religions, but they are not close to agreeing on the ultimate truth.”

I said,”I used to speak to students in Universities on the difference of all of the religions. Would you like me to give you the main idea of the major religions? About a semester’s worth in ten minutes? I don’t know about you, but for me that would be an easy decision.”

So I cannot type all of the things I said, but here is a very simple list of the main idea for the major religions.

That’s it. That’s the main idea. It’s not scholarly , but we are not scholars. This is accessible to every walk of life us included.

At this point the soldier said, “ I get it.”

Then I said, “ You know you are the age of my oldest son. Would you mind if a speak to you as if you were my son?”

I said, “ Son, I have chosen Christ because I was never confused that I needed Grace and Forgiveness. I am well aware how far I am on my own from Almighty God. I humble myself before Him. Through His Mercy we are now friends…he has healed my heart. May I ask you a question?”

I asked, “ Where do you take your guilt and shame?”

He looked at me with a stunned face and began to weep from deep in his soul. He said , “Oh God!, I have so much pain and guilt I carry inside of me every minute of every day. I have seen stuff. I have been a part of stuff. I have taken lives in battle face to face”

We sat in silence for some moments together.

Then I asked him, “ What’s the next step for you?”

He said, “ You know when that flight attendant kept moving us around I’m like what the heck! Now I know why she did all that. The Lord wanted me to sit in this seat by you so you could tell me about Christ. “

When he hugged me he almost suffocated me. Total stud on one hand. A wounded boy on the other hand.

Thanks be to God for His unspeakable gift!

IV. – Holly the City Girl and Elin the Cowgirl 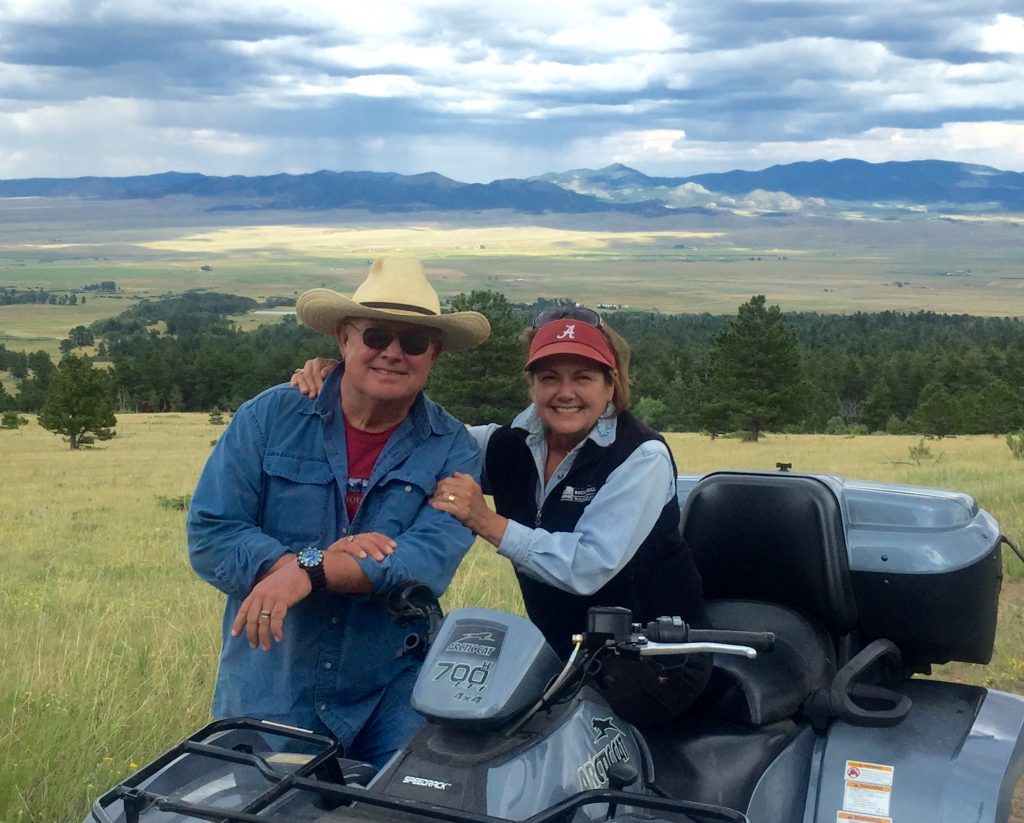 The next newsletter will be about Holly and many of the women here in Custer County Colorado. Holly has been invited by some tremendous women in our high country valley here in the Rockies to speak at a valley wide women’s gathering next week with Elin.

Elin is a cattle woman and expert western horse woman. She is a legend in this valley.

Together they are going to speak about Christ to women next week. The title of the gathering is The City Girl and the Cowgirl.

With Love and Thanksgiving


Please consider supporting us. Leachman Ministries is a 501C3 not-for-profit organization. Your donations are tax deductible.

To Support Through Online Payment:

To provide automatic payments of monthly support you may set up an account and have your donation automatically billed: